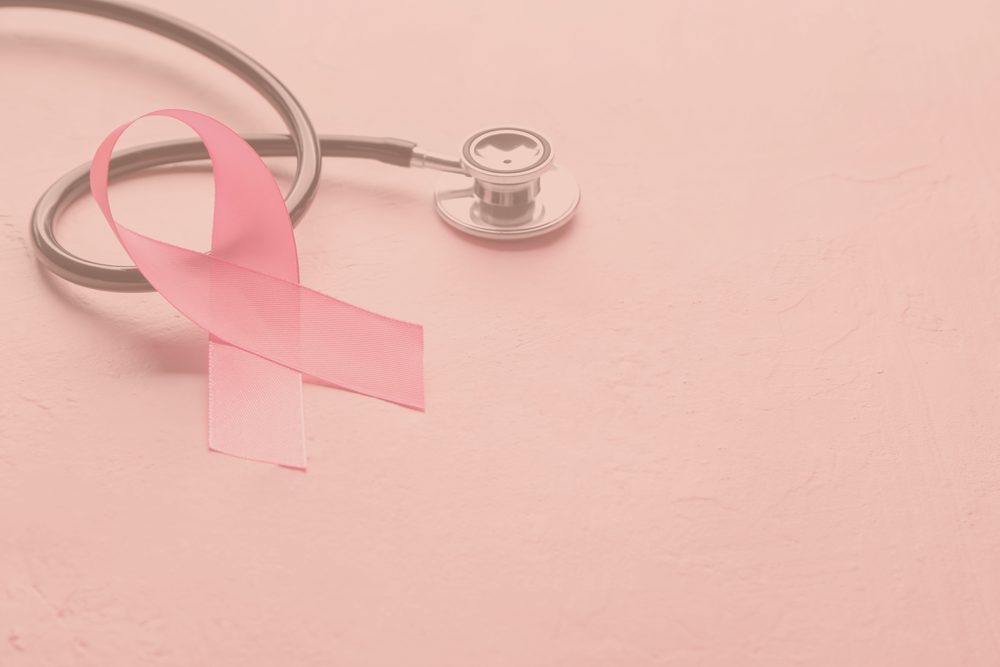 So much of “the fight” against cancer centers around physical health, but how do we combat the emotional effects that arise after cancer care? Cancer survivor, Jenny Leyh, explains her journey of healing after her cancer treatment.

Chemo. Radiation. Surgery. This medical arsenal—designed to attack and, hopefully, cure cancer in a patient—is often first and foremost on the minds of those affected by cancer, and rightly so. But what about the physical pain, emotional stress and mental anxiety that accompany the diagnosis, treatment and even survival of cancer? These wounds are often more enigmatic and difficult to address, but they can’t be ignored. Where the curing leaves off, the healing begins.

I was diagnosed with breast cancer in the third trimester of my first pregnancy. I was 33 years old and in otherwise good health. I still vividly recall hearing the words “you have cancer.” After I hung up the phone, I sat in silence not knowing what to do next.

After the initial shock wore off I was determined to fight the cancer with everything I had. I learned that my particular subtype of breast cancer—triple negative—was extremely aggressive and that I had to act fast in order to slow the growth of the tumor and prevent the cancer from spreading. Over the following year I completed 16 rounds of chemotherapy, then surgery, then radiation. 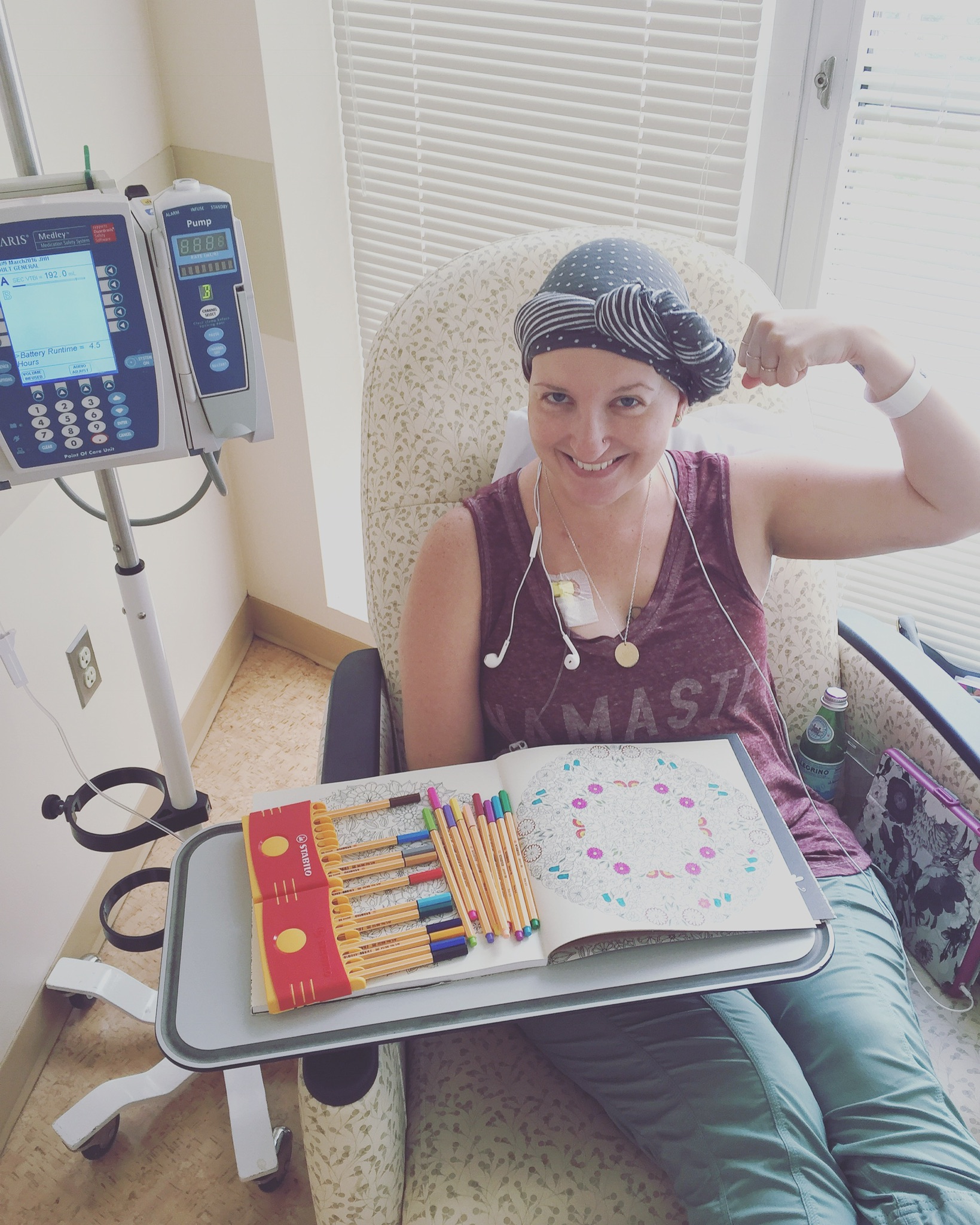 I stayed strong through 16 rounds of chemotherapy.

In order to cure my body of cancer I needed to hit it with very strong medications. They worked, but they also wrought havoc on my body in other ways. Chemotherapy is cumulative. My tumor got noticeably smaller after each round of chemo, but I also felt it’s effects even stronger with each dose. In particular, I developed joint pain that started mildly in my ankles, spread to my knees, then my hips and wrists. And its intensity grew.

When I got up after sitting for any length of time, my ankles stiffened. My feet felt tender and any amount of pressure caused me to limp in pain. My wrists were often sore and I had trouble rotating them into particular positions. It was difficult to lift my daughter and I could no longer accept feeling this way. My doctor prescribed pain meds, but I wanted to try something that wouldn’t come with even more side effects. I had heard that acupuncture can ease pain and was curious to try something that didn’t involve popping a pill.

The National Cancer Institute recently published an article exploring the science of acupuncture use in patients undergoing cancer care. It found that acupuncture when used to treat pain was more effective than standard care. Jeff Gould, an acupuncturist working in the Integrative Medicine and Digestion Center at Johns Hopkins, has seen this firsthand in his patients. “Patients come because they have been referred, have had no effect from biomedicine, may not like biomedicine or have had side effects from drugs and are anxious,” said Gould.

He cites a patient who had seen several doctors for pain without finding any relief, but experienced reduced pain after just his first session on Gould’s table. 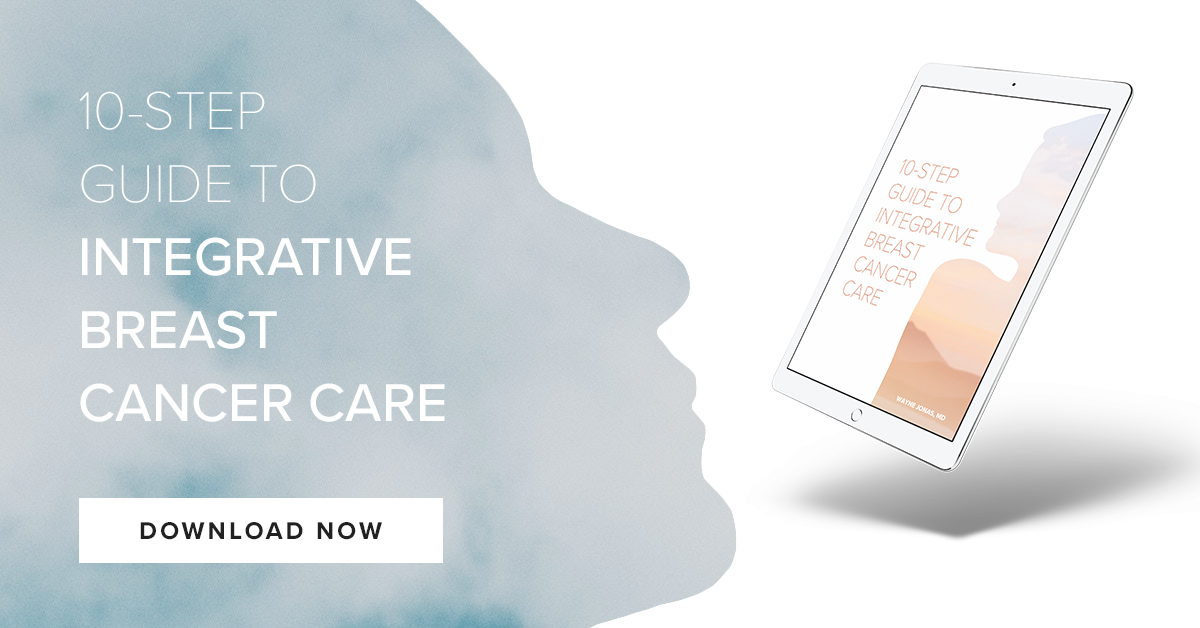 “Chinese Medicine does not work for everyone, but it works for a lot of people. Sometimes it is less effective than biomedicine, sometimes more effective, sometimes as effective,” said Gould.

For many, these alternative methods in self-care are a foreign concept. I shared my story online and through social media channels to help guide others experiencing similar situations. I met Jessica Beese Filloon through Instagram and was surprised how similar her story was to mine—she was in her early thirties, pregnant, and diagnosed with triple negative breast cancer.

While not unfamiliar with alternative therapies, Jessica hadn’t always found time for yoga and had only tried acupuncture and meditation a few times. While she was in treatment, Filloon wanted to integrate these natural methods of healing with chemotherapy, radiation and surgery. So she returned to acupuncture and found more time to fit in her yoga practice.

Filloon began to experience the healing effects of yoga not just physically, but mentally and emotionally, too.

“Yoga has had such a great impact on me physically and mentally. It has helped me immensely with my limited range of motion from surgery and various aches and pains. Acupuncture eases so much of my anxiety and pains.”

For many cancer survivors, anxiety is the side effect that lingers well beyond the active fight. The fear of a recurrence can be debilitating.

“So much of what it means to heal has to do with coming up with an individualized plan—something meaningful and doable for the patient,” said Dr. Wayne Jonas. “While undergoing cancer treatment healing and curing have to come together. Through integrative health a patient can be empowered to activate their ability to truly heal.”

After close to a year of fighting cancer I was declared “cancer free.” Although I was thrilled to reach the proverbial finish line, I found myself struggling to deal with the trauma that I had just experienced. I was physically beat up and emotionally struggling, and I felt almost as lost as I had when I was first diagnosed.

I immediately went on a low dose antidepressant, but that wasn’t enough. Medication is a good first step, but I also needed to talk to someone about the complex emotions that I was feeling. I began to see a therapist and continued with yoga and acupuncture to combat both my physical and emotional pain. But the most effective thing for me in dealing with—and preventing—anxiety was the practice of mindfulness meditation. 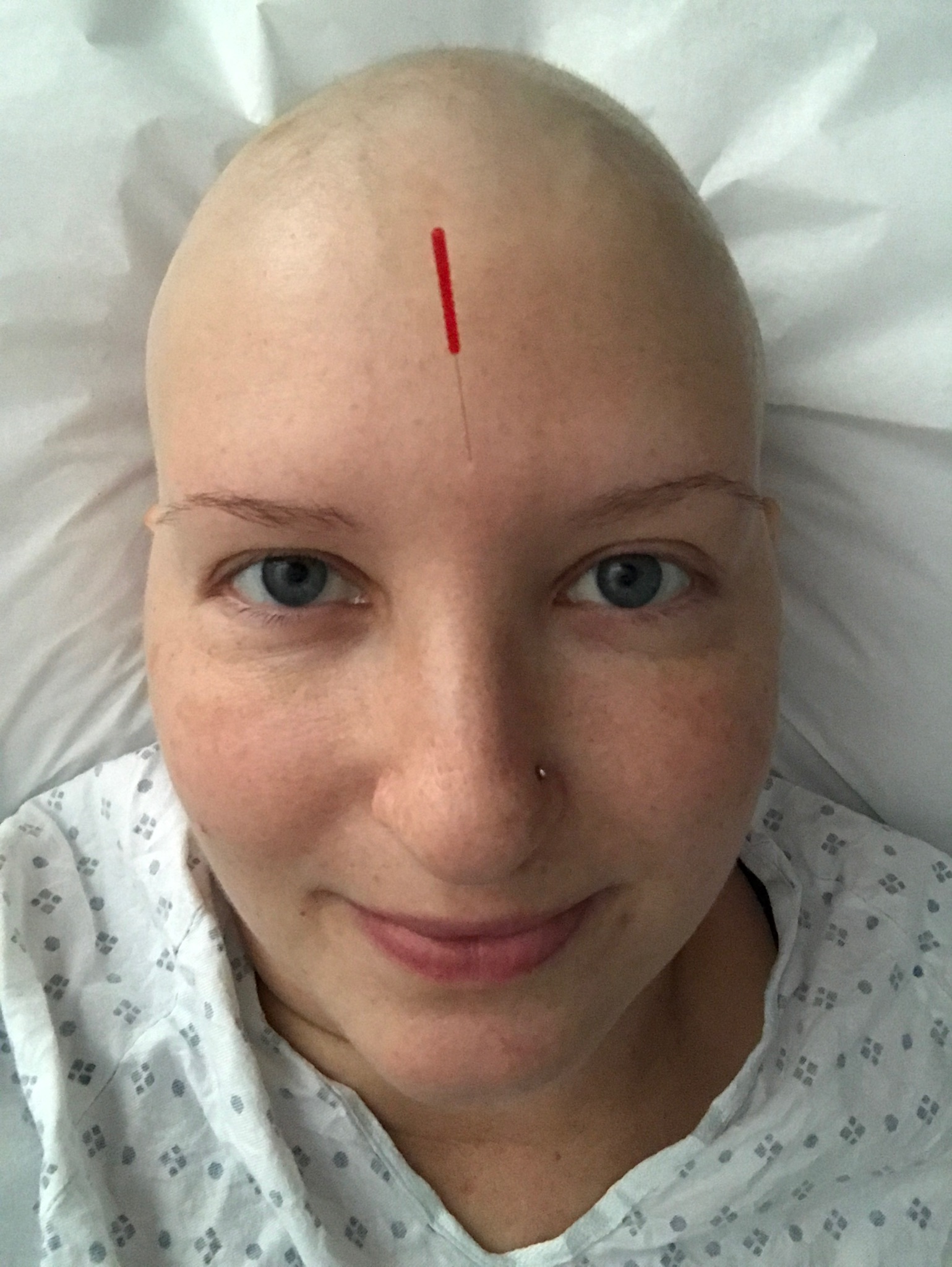 I used acupuncture to combat both my physical an emotional pain.

At the very core of mindfulness meditation is the practice of paying attention to the present moment in a non-judgmental way. I found that last part particularly appealing. I had been through a very difficult experience, and it was difficult to come face-to-face with some thoughts that scared me. Through meditation I was able to acknowledge those thoughts without allowing them to consume me.

Stress is a fact of life. There’s no eliminating it completely. Mindfulness goes beyond the practice of meditation—it can alter the way we deal with stressful situations. By training the mind to slow down and pulling focus to the breath, the power that stress has over us can be greatly diminished.

Harvard neuroscientist Sara Lazar experienced firsthand the calming effects of meditation so she decided to study it. She was shocked to find that meditation actually changes the brain. She shared her findings with the Washington Post in 2015.

Over eight weeks she watched four areas of the brain change as participants meditated for an average of 30 minutes a day. Those four areas were connected to: mind wandering and self-relevance, learning, cognition, memory and emotional regulation, empathy and compassion, and a brain stem area called the Pons.

“The amygdala, the fight or flight part of the brain which is important for anxiety, fear and stress in general,” Lazar said. “That area got smaller in the group that went through the mindfulness-based stress reduction program. The change in the amygdala was also correlated to a reduction in stress levels.”

Lazar also pointed out that the goal of mindfulness is to pay close attention to breath, to sounds, to the present moment—all while cognition slows. And the results are cumulative. The longer and more consistent the practice, the greater the benefit.

Now that I am several months out of treatment, I still find a great deal of comfort in yoga, acupuncture and meditation. Not only do they help to ease some of my everyday stresses and pains, they also help me to maintain a healthy and positive attitude throughout the day. And a little bit of positivity can go a long, long way in difficult times.

Jenny Leyh is a mother, cancer survivor and freelance writer living in Baltimore, Maryland. To read more about her story, visit: http://jennyleyh.com/

Be sure to read all of Jenny Leyh’s Cancer Series at the links below: 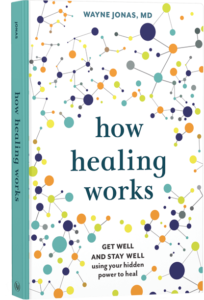 Take Your Health Into Your Own Hands

Drawing on 40 years of research and patient care, Dr. Wayne Jonas explains how 80 percent of healing occurs organically and how to activate the healing process.